Burdened by too many backups?

TheGeneralistIT.com > Business Continuity and Disaster Recovery > BC and DR Mini Series > Burdened by too many backups?

Don’t you just love the feeling of having your endless rows of ones and zeroes backed up? We know backups are good, but it’s easy to find yourself dealing with too many backups or allocating too many resources to maintain them, and it’s not a simple problem to fix.

I know firsthand that sometimes you actually don’t need all the backups you’re running. I’m working for IKEA in Israel since August 2011. I manage the IT infrastructure operations, including three data centers (two  at the time this post was originally published) across dispersed sites. When I first started, it would take my team around four hours each day to go over the entire backup logs and notifications. The process included reviewing over 250 email notifications and a few dashboards to verify successful backups. This was a classic case of allocating too many resources to a task.

After reviewing the backup strategy and removing the redundant ones we still had a problem: It was simply taking too much time. Not only is it an impossible task to review such an amount of logs, but you can easily miss a system that doesn’t send them at all, indicating a bigger problem.

Since then, we have implemented tools to facilitate centralized management (CASO for Symantec Backup Exec and Symantec System Recovery Monitor, to name two) and reduced the amount of backup notifications to about 20 per day. Most of them are now in the form of reports that simply point out problems. As a result, we were able to reduce the time needed to maintain our backup strategy to the “golden rule” of less than 30 minutes per day.

For the sake of this post, let’s define “backup” simply as the process of copying data away from its original location and to alternate location so it may be used in case of data loss.

Looking at a “backup scale” we can quickly define two ends to it. One end, the lower end, will be having just one copy of the data. The upper end scale is having multiple copies of the data. How many? Well, during my time in IT and involvement in several companies I have seen companies go with up to five copies of the same data, backed up using different tools.

While it is the upper end of the scan I want to address, I’ll point out the obvious here: Keeping a single backup copy is insufficient — just think what happens if disaster strikes and then you realize that that backup has failed — but at what point do you go from sufficient to too many? Since different organizations have different objectives, instead of pointing to a golden number, here are six important questions to ask when assessing backup strategy. 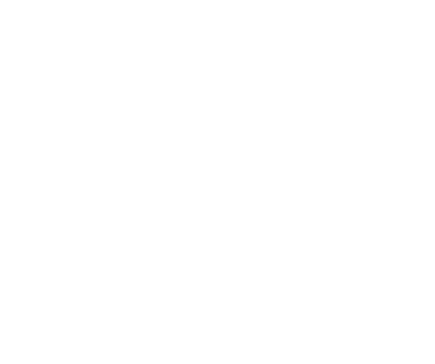 1. How much time does it take to maintain it?

As a rule of thumb, if it takes you more than 30 minutes a day to maintain your backups, something is probably wrong. You either have too many backups, or you are not managing it correctly.

If you are spending more than half an hour a day on backups, there are some key points that need to be assessed: Are you using different backup mechanisms to back up exactly the same information? For example, are you fully backing up a virtual machine at the disk level and running system recovery backup of the same machine? That’s basically running the same backup twice. What differentiates them (time it takes to restore, location where backup is stored, etc.)? Do you really need both?

2. How long it takes backup to run?

Are you able to keep all your backups within your backup window? If you are running multiple backups and exceeding your backup window perhaps you’re overdoing it. For example, if your organization’s SQL backup strategy is made up of snapshots, snap mirror (replication), dedup, tape, and backup at the SQL level (it may sound like too much, but in some cases it’s reality) — do you need them all? Can you backup-to-disk-to-tape and reduce the time needed for backup?

3. Are you backing up in more than one place?

If you have a system deployed over several location (e.g., SQL farm, Exchange DAG) are you backing it up on each location? Can you centralize data to a single location? If so, it can simplify the backup process AND restores

4. Am I doing it the right way or using the right tools?

If you are convinced that you need to keep your current backup strategy as it is, but still need to spend hours on hours to maintain it or allocate too many resources for the task, you need to ask yourself if you can improve the backup management process itself.

I personally think cloud backup has many benefits. Assuming that you are not bound by regulation to stay away from the cloud, cloud backup solutions can certainly blend into the organization backup strategy for offsite backups at lower costs. However, as always, I wouldn’t put all the eggs in one basket and trust only the cloud for keeping backups.

6. How often should the backup strategy be assessed?

This should be looked at again as your organization grows. As your business changes over time so do the business needs, and respectively the RPO (recovery point objective) and RTO (recovery time objective). In addition to application-specific assessments when introducing new applications or modifying existing ones, I think a backup strategy should be assessed in whole at least once a year. Not only may you find that specific applications need to be addressed differently, but possibly that new, better or more cost-effective ways to achieve your goals may come up.

Have you ever been overwhelmed by too many backups? Share your stories and thoughts in the comments below!

This post was originally published here, as part of the Spotlight on IT series at Spiceworks IT Community.

You can subscribe to recieve notification on your comment. This option is disabled by default.
If you do subscribe, we will use your email address send you notifications on your comment only. You will not be subscribed to any newsletter or mailing list by commenting on this post.
0 0 votes
Article Rating
Subscribe
Login
0 Comments
Inline Feedbacks
View all comments
wpDiscuz
0
0
Would love your thoughts, please comment.x
()
x
| Reply
[pro_ad_display_adzone id=8566]